Home » All about veal » The Real Deal about Veal 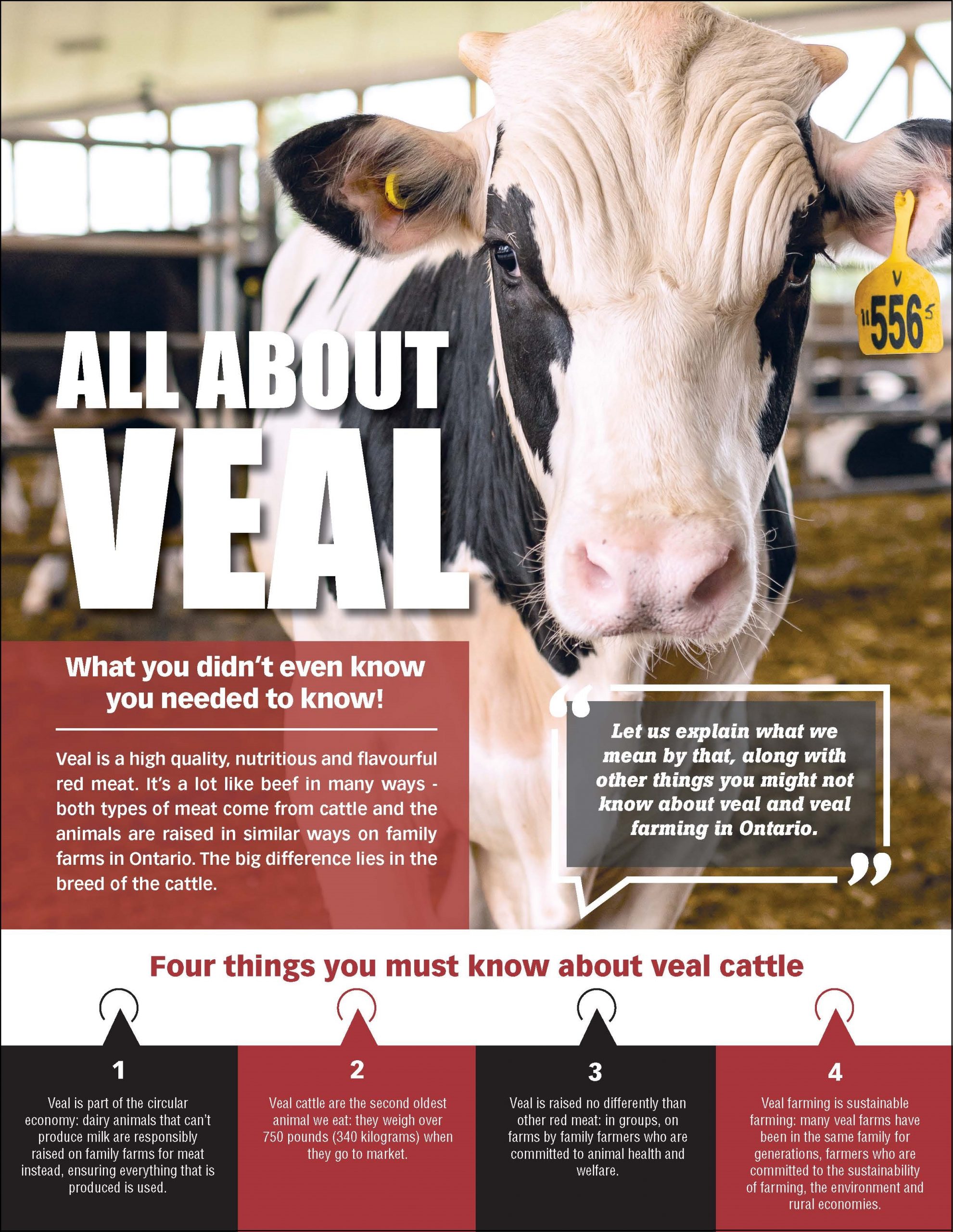 Veal is a high quality, nutritious and flavourful red meat. It’s a lot like beef in many ways – both types of meat come from cattle and the animals are raised in similar ways on family farms in Ontario. The big difference lies in the breed of the cattle.

The male offspring of dairy cows are called bulls. Male calves can’t produce milk so they are raised for meat instead, just like beef cattle. It’s part of how farmers contribute to the circular economy concept in food production: everything that is produced has a purpose and nothing is wasted.

Ontario and Quebec are the largest Canadian producers of veal because they also have the greatest number of dairy farms. Holsteins are the most common breed of veal cattle. They grow quickly, are well-muscled, and very lean.

Grain-fed veal cattle are raised on a mainly milk-based diet until they’re six to eight weeks old, before transitioning to a balanced ration based on grain and pellets made of protein, vitamins, and minerals, and a small amount of fibre. They reach market weight around 340 kg (750 lbs.).

Milk-fed veal cattle are raised mainly on a milk-based diet, with some grain and fibre included in the ration. They’re ready for market once they weigh approximately 250 kg (550 lbs.).

Although their diet is different, both milk-fed and grain-fed veal cattle receive the same quality of care and attention to their health and welfare.

Veal cattle are raised in groups with other veal cattle of a similar size and age. They are housed in well-ventilated barns, and are bedded with straw or wood shavings so they stay clean, dry, and comfortable. Research is ongoing into many aspects of veal production, especially health and welfare of the animals.